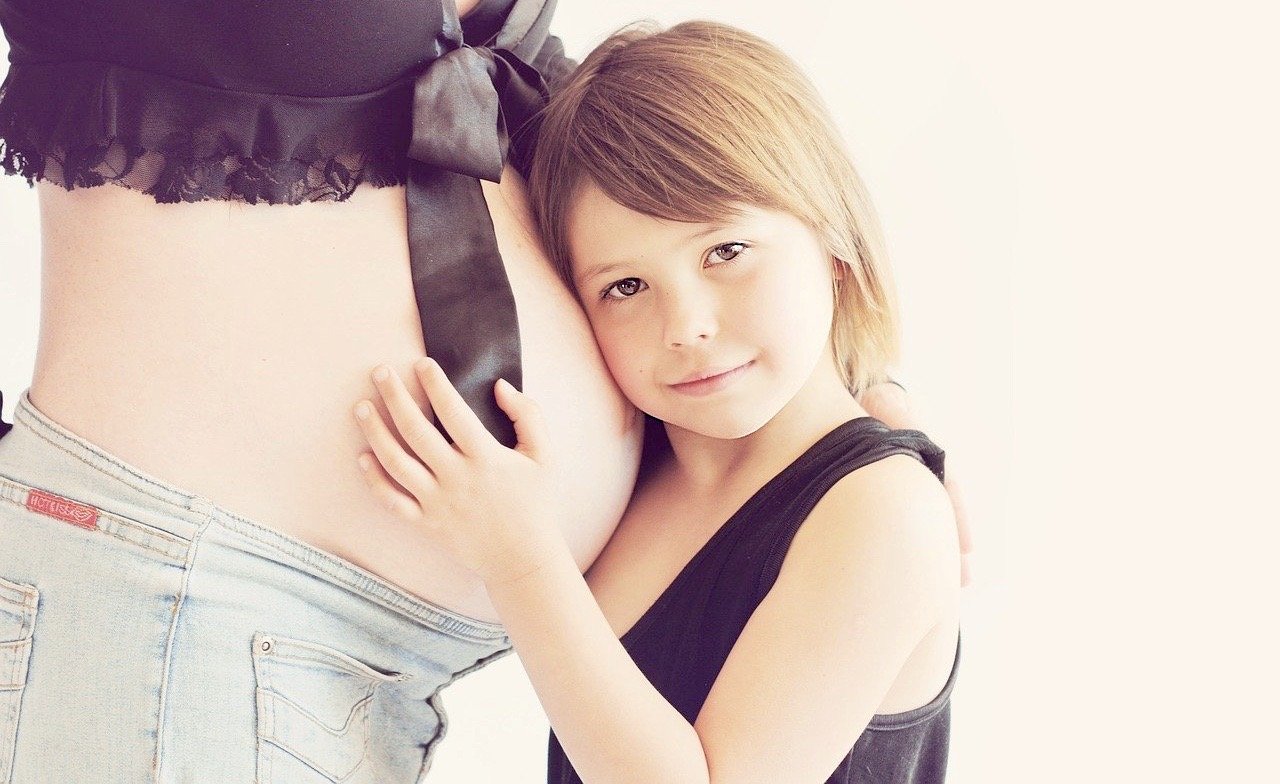 Gestational diabetes(in most cases) is a temporary form of diabetes in which the body does not produce adequate amounts of insulin to deal with sugar during pregnancy.

Gestational diabetes affects the mother in late pregnancy, after the baby’s body has been formed, but while the baby is busy growing. Because of this, gestational diabetes does not cause the kinds of birth defects sometimes seen in babies whose mothers had diabetes before pregnancy

Signs and symptoms can include:

Gestational diabetes often has no symptoms. That’s why almost all pregnant women are given a screening to test for it between 24 and 28 weeks. However, if you’re at high risk for diabetes screening test at your first prenatal visit and then again at 24 to 28 weeks is required. If this test result is positive, it doesn’t mean that you have gestational diabetes, but you will need to take a longer follow-up test for a diagnosis.

Type-1 and Type-2 diabetes often are present before a woman gets pregnant. If not controlled before and during pregnancy, Type-1 and Type-2 diabetes can cause the baby to have birth defects and cause the mother to have problems (or her problems to worsen if they are already present), such as high blood pressure, kidney disease, nerve damage, heart disease, or blindness. Type 1 diabetes must be controlled with a balance of diet, exercise, and insulin. Type-2 diabetes might be controlled with diet and exercise, or it might take diabetes pills or insulin or both as well as diet and exercise to get control.

If you have diabetes or if you are at risk of developing gestational diabetes, you should be aware of the problems that may arise:

i. Macrosomia(very large baby) occurs when the mother’s blood sugar level is high throughout pregnancy.
ii. Preeclampsia is high blood pressure and protein in the urine during pregnancy. This can pose problems for the mother and the baby. It may require the baby to be delivered early. Severe preeclampsia can lead to seizures or kidney or liver problems.
iii. Hydramnios occurs when there is too much amniotic fluid in the sac that surrounds the baby. This can cause some women discomfort. It may result in preterm labor(labor before 37 weeks of pregnancy) and preterm delivery.
iv. Urinary tract infections can occur without symptoms. If the infection is not treated, it may spread from the bladder to the kidneys.
v. Respiratory distress syndrome can make it harder for the baby to breathe after birth. The risk of this condition is greater in babies of mothers with diabetes.
vi. Stillbirth—delivery of a baby that has died before birth—occurs more often in babies of women whose diabetes was not well controlled before and during pregnancy.

Understand the mechanism of gestational diabetes

When you have gestational diabetes, your pancreas works overtime to produce insulin, but the insulin does not lower your blood glucose levels. Although insulin does not cross the placenta, glucose and other nutrients do. So extra blood glucose goes through the placenta, giving the baby high blood glucose levels. This causes the baby’s pancreas to make extra insulin to get rid of the blood glucose. Since the baby is getting more energy than it needs to grow and develop, the extra energy is stored as fat. This can lead to macrosomia, or a “fat” baby. Babies with macrosomia face health problems of their own, including damage to their shoulders during birth. Because of the extra insulin made by the baby’s pancreas, newborns may have very low blood glucose levels at birth and are also at higher risk for breathing problems. Babies with excess insulin become children who are at risk for obesity and adults who are at risk for type 2 diabetes. [ADA]

You are a woman with diabetes. You want to get pregnant. Learn to prevent problems to herself and the baby.

A balanced diet is key in pregnancy. Your baby depends on the food you eat for its growth and nourishment. This is even more important if you have diabetes. Not eating properly can cause glucose levels to go too high or too low.

The number of calories in your diet will depend on your weight, stage of pregnancy, age, and level of activity. Your doctor may adjust your diet from time to time to improve glucose control or to meet the needs of the growing baby. In most cases, the diet consists of small meals and snacks spread throughout the day and before bedtime.

Moderate exercise is always good. For women with diabetes it is even more important. Regular exercise helps keep blood glucose levels low. The amount of exercise that is right for each woman varies. You and your doctor will decide how much and what type of exercise you need.

Some women take diabetes pills instead of insulin shots. In some cases, pills alone will not control the diabetes and you may be switched to insulin shots. Talk with your doctor to see which treatment is best for you.

You play a key role in controlling your diabetes. Prenatal care helps monitor your condition as well as that of the baby. You may need to see your doctor often for regular checkups and tests. A woman with diabetes often needs to be monitored closely during pregnancy. She may need to have certain tests done more often. These tests can help the doctor be aware of any problems and take steps to correct them. Your doctor can answer questions and tell you more about these tests.

Ultrasound uses sound waves to create pictures of the baby. This allows the doctor to check its growth and development. Electronic fetal monitoring helps your doctor detect signs of problems the fetus may be having late in pregnancy. Monitors are placed on the woman’s abdomen. The heartbeat and activity of the baby, as well as contractions of the woman’s uterus, are then measured and recorded.

A biophysical profile uses electronic fetal monitoring and ultrasound results to assess the well-being of your baby. A kick count is a record of how often you feel your baby move. A healthy baby tends to move the same amount each day. You may be asked to keep track of this movement in the latter part of pregnancy and to contact your doctor if the baby is not active. It could mean the need for more tests and sometimes even early delivery of your baby.

In most cases, women with diabetes go into labor normally when the time comes and have a normal vaginal delivery. They may require special monitoring of their glucose levels and the baby during labor. If there are problems during pregnancy, labor may need to be induced (brought on) early.

Postpartum care – problems in the newborn

After birth, most babies do well. Some babies may need to spend time in a special care nursery. Problems that may occur include:

Women with diabetes or those who develop gestational diabetes need to plan future pregnancies with care. Because you can become pregnant soon after childbirth, you should begin using a form of birth control right away. In general, women with diabetes can use most of the available methods. You and your doctor can decide which method is best for you.

Q: What can happen to a woman with Type-1 or Type-2 diabetes who becomes pregnant?
A: When a woman with diabetes is pregnant, changes happen in her blood sugar, often quickly. If a woman with diabetes does not keep good control of her blood sugar, she might get some of the common problems of diabetes, or those problems might get worse if she already has them. Out of control blood sugar could lead to a woman having a miscarriage. Out of control blood sugar might also cause high blood pressure in a woman during pregnancy, and she will need extra visits to the doctor. High blood pressure during pregnancy might lead to a baby being born early and also could cause seizures or a stroke (a blood clot in the brain that can lead to brain damage) in the woman during labor and delivery. Sometimes, out of control blood sugar causes a woman to make extra large amounts of amniotic fluid around the baby which might lead to preterm (early) labor. Another problem common to a pregnant woman with uncontrolled diabetes is that her baby grows too large. Besides causing discomfort to the woman during the last few months of pregnancy, an extra large baby can lead to problems during delivery for both the mother and the baby.

Q: What can happen to the baby of a woman with Type-1 or Type-2 diabetes during pregnancy?
A: Diabetes in a pregnant woman can cause the baby to have birth defects, miscarry, be born early and have a low birth weight, be stillborn, or grow extra large and have a hard delivery. A woman who has Type 1 or Type 2 diabetes that is not tightly controlled has a higher chance of having a baby with a birth defect than does a woman without diabetes. The organs of the baby form during the first two months of pregnancy, often before a woman knows that she is pregnant. Out of control blood sugar can affect those organs while they are being formed and cause serious birth defects, such as those of the brain, spine, and heart, or can lead to miscarriage of the developing baby.

Q: What factors would put me at risk for gestational diabetes?
A: According to the American Diabetes Association, you’re considered at high risk for this condition(and should be screened early) if:
i. You’re obese(your body mass index is over 30).
ii. You have a history of gestational diabetes(you’ve had the condition in a previous pregnancy).
iii. You have a strong family history of diabetes.

Q: Will I continue to have diabetes after my baby is born?
A: Probably not. Only a small percentage of women with gestational diabetes remain diabetic after delivery, and experts suspect that most of these women actually had undiagnosed diabetes before they got pregnant. To be sure, you’ll need to have a glucose test about six to 12 weeks after delivery. This test requires an overnight fast and can be done at your six-week postpartum visit.

Q: Is there anything I should be afraid of?
A: If gestational diabetes is diagnosed and treated effectively, there is little risk of complications. If gestational diabetes is not treated, effects for mother and baby can include:
i. Large birth weight
ii. Premature delivery
iii. Increased chance of cesarean delivery
iv. Slightly increased risk of fetal and neonatal death

With proper care and treatment, women with gestational diabetes can have healthy babies, and the diabetes should disappear after delivery.