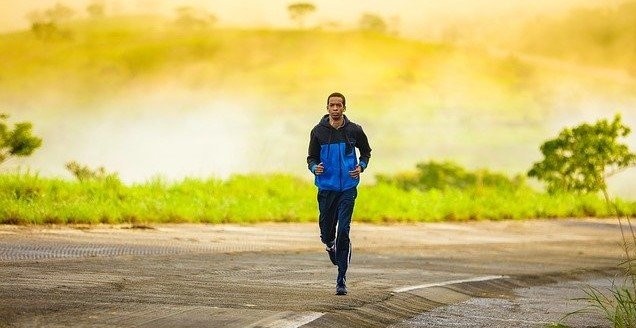 Prevention of diabetes is possible. It is your high priority to know science and art of diabetes prevention.

Remember your chance of getting diabetes

Basic facts to understand what is Diabetes

Diabetes literally means a siphon, a condition known to ancient physicians and described as a melting down of the flesh and limbs into urine.

Diabetes is a metabolic abnormality in which the body is unable to utilize the glucose for its energy requirements. When you eat food, after digestion carbohydrates is absorbed into blood as glucose, protein as amino acids fat as fatty acids.

For the cells to be able to use these substances it is essential to have the hormone called insulin in the blood. Insulin is secreted from beta cells of a gland known as Pancreas. Insulin is the key which opens the door so that glucose can enter into the cell for energy production. Naturally if there is deficiency of insulin due to less production or insulin is defective(Insulin Resistance, it means that whatever insulin is there is not working due to poor quality) glucose goes on accumulating in blood (known as hyperglycemia) but cells are starved of glucose. This gives rise to a condition we call “Diabetes Mellitus”.

Basically there are two types of Diabetes

Type-1 It is hardly any serious public health problem in India, accounts only 2% of cases, occurs in children below 15 year of age. There is total destruction of beta cells of pancreas due to infection/autoimmunity. So there is complete lack of insulin and to treat such patients we need injections of Insulin. It is called Insulin dependent diabetes, IDDM also.

But the major problems in India is Type-2 diabetes, which is taking a shape of epidemic.

So it is worthwhile to understand about Type-2 diabetes.

It occurs in age group above 35 yr. In practice I am surprised to get new diabetics at a very early age of 20 and above and without any family history of diabetes. More young people are getting diabetes in this coal belt of Dhanbad and same is the story in other part of the country. This is a matter of serious concern.

i. What happens in type-2 diabetes?
ii. Why is it taking a fearful shape?
iii. Are we responsible or is it a god-sent curse?
iv. Can it be prevented?

There is no absolute deficiency of Insulin, Insulin is secreted less than required amount or whatever Insulin is there is not active. You can say it is useless Insulin. Due to genetic predisposition certain ethnic groups are more susceptible to develop Insulin abnormality. Based on sedentary habits and faulty diet since childhood beta cells of pancreas are exhausted and are not able to meet the required challenge.

Before we proceed further, let us think why there should be difference in incidence of diabetes in rural and urban areas?

Most important evidence came from the landmark study by Diabetic Research center, Chennai. It was done on Dravidian populations with considerable socio-economic differences living in urban and rural areas.

There is a strong evidences for a genetic component in causation of this condition but there occurs a definite shift when people move from rural setting to urban setting in following manner :

Such food is in reality bad food with severe nutritional deficiency so that more free radicals are generated which hampers the work of Insulin.

Prevention is always better that cure

The emergence of great epidemic of diabetes mellitus is on the way.

Observations and interventions now provided evidence of a significant role of dietary composition in determining the development of Type-2 diabetes, independent of obesity.

Recommendations that best describe the most recent findings.

i. Moderate energy intake (relative to the level of physical activity)
ii. Increased intake of dietary fiber (soluble as well as non-soluble),
iii. Reduced intake of saturated fat, partly replaced by starch and vegetable fats (PUFA as well as MUFA)

Restoring physical activity to our daily routines is crucial to the future reduction of diabetes and obesity. The publicized search for genes causing Type-2 diabetes is a misnomer because only 1-2% of Type-2 diabetes is caused by mutated genes.

Because the other 98% of Type-2 diabetes is caused by: Inactivity and excessive consumption of calories for the amount of performed physical activity. The proper statement should be that the search is for “activity” genes that are misexpressed, thus inducing Type-2 diabetes.

i. Exercise increases insulin sensitivity because of increased number and activity of glucose transporters, in both muscle and adipose tissue
ii. Insulin resistance is rapidly increased after a few days of physical inactivity
iii. The protective effect of physical activity on Type 2 diabetes appears to be mediated by insulin levels and the metabolic syndrome factors

Devote some time to know what is IGT?

Suppose your blood sugar is in impaired range: Remember IGT can revert back to normal if you take preventive measures, if not soon you will become a diabetic.

This is a golden opportunity: before you become diabetic you came to know about IGT, now you start diet modifications and start exercise, you will be a healthy man. In Chennai study incidence of IGT was 8.7% in urban area and 7.8% in rural area (almost same). It suggested that although high risk of subjects with IGT progressing into overt clinical diabetes are in equal number in urban & rural setting due to certain life style progression to overt diabetes is 4 times lower.

The message is clear – you can prevent diabetes by adopting positive measures.

In small quantity (3-4 teaspoonful per person per day or half kg. per month.) These all contain N-3 fat.

“We waste life in eating more food and then in digesting this extra food and getting rid of it, thus we kill ourselves or dig our graves with our teeth” – EM Heath

“Mostly one third of what we eat nourishes us, the remaining two third nourishes doctors.” – Lindthlar

“Diseases can be cured by positive diet alone without the aid of any drug whatsoever, he who refuses to reform diet on the healthy lines can not achieve health even with the help of hundreds of drugs.” – Susruta

In 70s it was proposed that heart attack is due to consumption of saturated fat like ghee and animal sources of cholesterol. So people started taking unsaturated vegetable oils like sunflower, Safflower (kardi oil) corn, Til or ground oil etc. Indians replaced the ghee & coconut oils which they consumed since time immemorial. But now diabetes and heart attack both have emerged as biggest killer, more than 10 times increase in incidence being observed! Indians are taking lowest quantities of saturated fat, still getting diabetes and heart attack very early and in increased frequency.

So something is wrong somewhere – let’s understand the real thing.

Recently it has become clear that these so called heart-friendly oils are the culprit. Unsaturated fats are either Monounsaturated (MUFA) or poly unsaturated (PUFA). PUFA could be again either N-3 or N-6 according to carbon atom.

Our diet must be balanced in terms of N-3 or N-6 ,its ratio must be less than 4. Whenever you take excess of N-6, it will induce oxidative stress in the body with generation of dangerous free radicals and will make insulin useless, thus insulin resistance is produced leading to diabetes. Also it will make our body vulnerable to stroke and heart attacks by inducing tendency of blood to clot formation. This has been proved beyond doubt.

Remember, cholesterol itself is not dangerous. Eskimos consume more than 5 fold cholesterol than Indians, yet they are at much lower risk for heart attack. It is type of fat which is crucial. In Gujarat people consume almost twice the quantity of N-6 fat than other Indian population and they have nearly 2 fold higher prevalence of diabetes.

You are a school going chap?

You need urgent attention so that you remain away from diabetes. Start taking preventive steps from today by adopting lifestyle modification. Look at the table below to understand how diabetes is going to destroy us in near future:

Remember, once you become diabetic your chances to get many dreadful diseases becomes very high. If you prevent diabetes you can be free of many other diseases.

What you need to know

I know it will be very difficult to adopt following measures. We are in modern era with very “GHATIA” life style. You are impressed with TV Ads. But these are all nonsense. Once you start ‘Satyavic’ life style of Gita, you will feel real joy of life.

Your diet is faulty-correct it immediately.

You do not know what oil and what preservatives are being used in these items. All these uncle chips and different potato chips are being taken just for fun. This life style which is called modern way of living is being advocated from school days and it denotes: Hamburger-cola-culture.

But all these items are pro-oxidant and generates lot of free radicals (toxins) in the body, slowly free radicals damage the working of insulin and give rise to diabetes. This is not a “Kapol Kalpana” (just a dream) but now proved scientifically.

You must take plenty of Fresh fruits/ Grains /Legumes /Vegetables /Curd. Eat fish regularly. Enquire what your mother is using as cooking media. Throw away all these vegetable oils: Safflower, kardi, corn, sunflower, til, ground oil and vanaspati. Due to faulty N-3/N-6 ratio there will be Insulin resistance and increased tendency for clot formation in the blood. Tell you mother to use only mustard oil / soyabean oil /coconut oil /fish oil and ghee.

i. Sugar
ii. Salt
iii. Maida & products made from it.

Another major step you take

You have learnt yoga/ aerobic exercises/ swimming/ tennis/ badminton only to pass examination in the school. You go to your home, only watch TV or chat on Internet…Lanat hai! You forget all physical exercises and adopt a sedentary life style from your youth days. I predict, you will soon develop diabetes.

It is a dangerous to say that there is no time to do exercise. Make it a golden rule – “Ek ghanta desh ko do, ek ghanta deh ko do”. Forget all urgent engagements. Do exercise regularly. Exercise improves function of Insulin and will prevent many diseases.

You are at 40, today do a self assessment, whether you are in high risk to develop diabetes(Adopted from ADA)